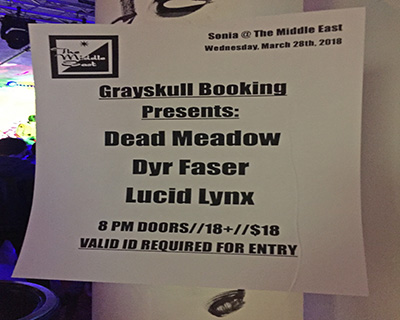 I ended up leaving much later than planned, but soon I was in Central Square for this crazy psychedelic show. This was my first time seeing a show at Sonia, which was formerly known as TT the Bear’s (R.I.P.). The first thing I noticed was that Sonia is a lot brighter than TT’s and seemed to be much larger with the stage on the opposite side of the room. There really wasn’t a bad view from anywhere in the club, but if I had one complaint, it would be that the beer selection was a bit lacking.

Unfortunately, I had missed most of Lucid Lynx’s set, which was a bummer because I really liked these guys when I saw them open for Brian Jonestown Massacre last year. So, I waited for Bostons’s own Dyr Faser to go on. 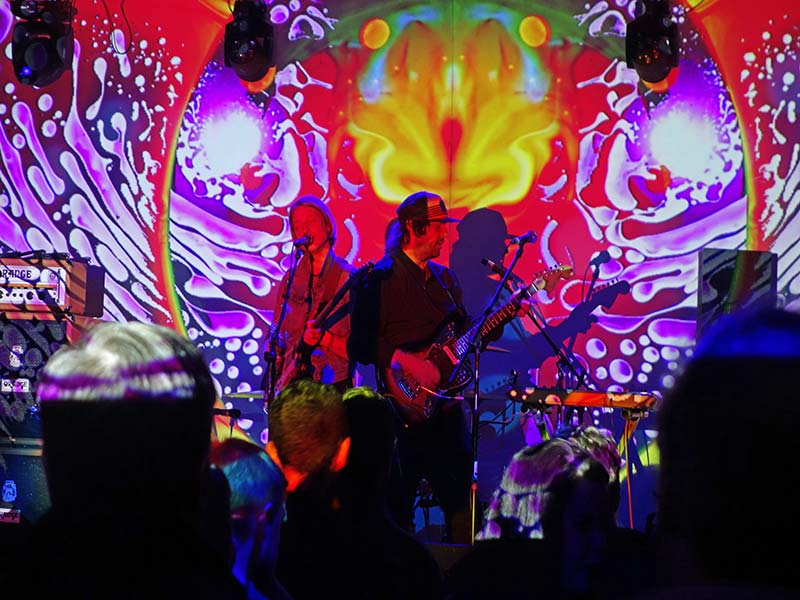 I think this was the first time I have seen Dyr Faser in its current form which consists of Eric Boomhower and Amelia May. The music seemed a little more mellow, almost ethereal at times, but the reverb-y goodness is still there. Sharing vocals through most of their set, the duo had an almost ethereal sound that completely filled the room.

After the set, I decided to try a Harpoon Pineapple UFO which was a huge mistake that I’m still trying to get over. Probably one of the worst beers I’ve ever had…just no! no! no! Dead Meadow were up next. 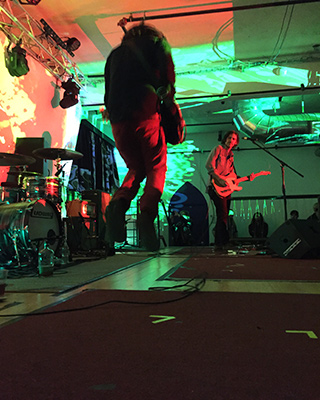 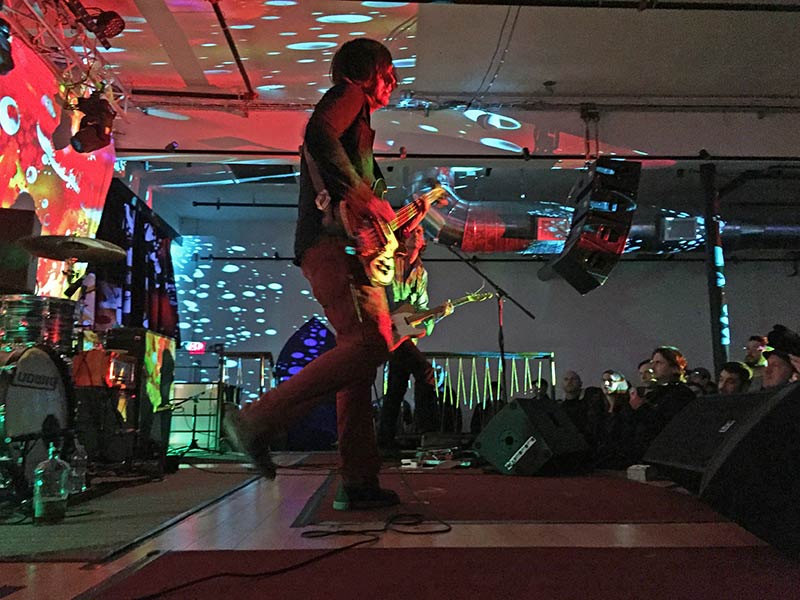 The first time I saw Dead Meadow was in, where else, Austin, and they put on an amazing show. Tonight was no different as the band played for close to 2 hours. The visuals provided by Mad Alchemy, gave me flashbacks to the Earthless show from only a week or two prior and were equally stunning. Standing off to one side of the stage, I had a great view of the band, who started out with “Greensky Greenlake”. Bassist Steve Kille, who was jumping around the stage looked to be having a fun time playing. It felt like a pretty long set and that’s not a band thing.

For an encore singer Jason Londono came out for an encore and sang solo for the song “One More Toll Taker”.

Overall it was a great night of music. It’s always exciting to check out a new venue and Sonia was pretty cool.

If you need chicken at the Market Basket in Nashua, well, there’s always bacon! So, sooo much bacon! Like...a lot of bacon where the chicken usually is!! #corona #coronavirus #marketbasket #nashua #bacon #nochickenforyou #newhampshire
This is (was?) the meat section at the Burlington Wegmans today. It’s pretty much been like this everywhere in the last few days. #corona #coronavirus #wegmans #panicbuying #burlington #burlingtonma #massachusetts
Some scenes from the Trader Joe’s in Nashua! Most things are gone but if you’re looking for wine...they are good to go! #coronavirus #corona #traderjoes #nashua #nashuanh #panicbuying